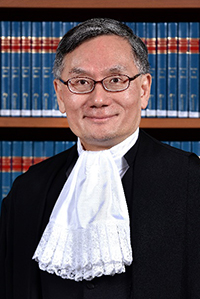 Chief Justice Cheung was born and educated in Hong Kong. He read law at the University of Hong Kong, obtaining a Bachelor of Laws degree in 1983 and a Postgraduate Certificate in Laws in 1984. In 1985, he obtained a Master of Laws degree from Harvard Law School. He was called to the Hong Kong Bar in the same year, and in 1995 he was admitted as an advocate and solicitor of the Supreme Court of Singapore.

Chief Justice Cheung is the chairman of the Judicial Officers Recommendation Commission which makes recommendations to the Chief Executive on judicial appointments.

Chief Justice Cheung is an Honorary Bencher of Lincoln’s Inn.